How to apply code

🇺🇦 Ukrainians can now use all Subtitle and Translation features for free. Use code 'UKRAINE'

How to apply code

How to build a hyper-engaged online community

Community helps your audience feel connected to your brand and with one another. Here are nine strategies by community-building expert and CEO at Design Cuts, Tom Ross. 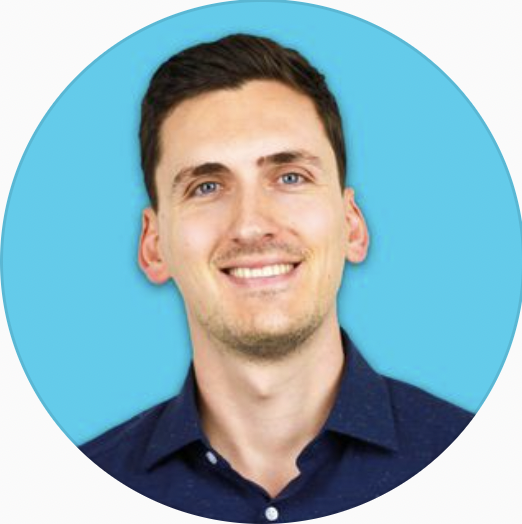 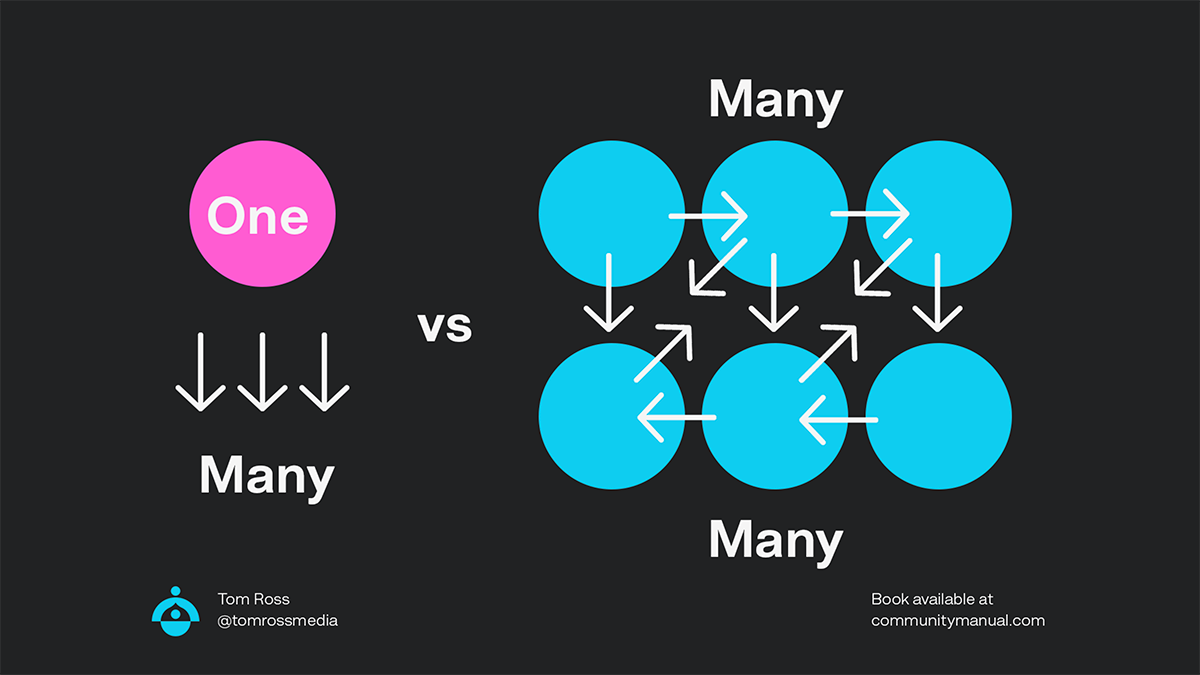 ‘Community’ is the new buzzword in online marketing. But what exactly is a community, and why does it matter?

The simplest way to distinguish an audience from a community is:

Audience: One too many
Community: Many too many

Typical audiences include social media followings, podcast listenership, blog readers and newsletter subscribers. The content creator is pushing out content, which is then consumed by their larger audience. Think of this as a one-way street.

Community, on the other hand, creates space where audience members can connect, interact and create value for one another. Some examples include forums, Slack groups, Facebook groups, Discord servers, and live events/conferences. In these examples, even when the founder is not present or creating content, the community can exist and continue to thrive.

What’s seldom discussed is the middle ground between these two things. An audience that has a strong sense of community.

You may not be ready to launch a dedicated community forum, but anyone with an audience should care about cultivating an engaged community of true fans.
‍

Why a sense of community matters

Community allows your audience members to feel part of something bigger than themselves. Your audience members feel connected with one another. They buy into your vision on a deeper, emotional level. They vocally support and champion your projects and products. They defend you from haters and trolls.

Community is powerful, and it matters more than ever.
‍

How to turn your audience into a community

Community is not created overnight. It takes work and patience. However, there are some practical strategies you can deploy to turn your passive audience into a thriving community.
‍

Most audiences are used to passively consuming content, much the same way we sit at home and stare silently at the television. One of the most effective ways to go from passive audience to engaged community is to actually involve them in your content.

A great example of this is Gary Vee. Gary has one of the strongest communities online, and this comes in part from him involving his audience directly in his content.

When Gary launched the Ask Gary Vee Show on Youtube, he became more connected with his audience than ever before. Several times a week, Gary would accept questions from his audience, and answer them on his show. As he passionately dispensed business advice into the camera, he would address community members by name.

I remember watching the show and feeling incredibly connected to Gary, like he was personally speaking to me. Gary even evolved the show to take live call-ins, where he could communicate with community members in real-time.

I’m always amazed by how rarely most content creators acknowledge their community. They continue to pump out content, but never seem to mention the people consuming it.

A simple ‘thank you for being part of my community’ can go a long way.

When I started my company, Design Cuts, virtually every week we were passionately expressing our gratitude for our early community.

Here are some effective ways to do this using video content:

The point of this strategy is to ensure that your community feels seen.

This is one of my favorite hacks to create a sense of community. Give your community members a collective name.

Notice how musicians like Beyonce and Justin Bieber have such raving fans? This is in part because those fans identify as being part of a wider community. Being part of the ‘Beyhive’ or being a ‘Belieber’ is a label that fans wear proudly.

You don’t have to be a global megastar to deploy this tactic.

When we started my company Design Cuts, we regularly shouted out our ‘Design Cutters’.

Long before Gary Vee was famous, he would speak directly to his engaged early community of Vayniaks (Aka The Vaynernation).

You can choose to apply this collective name to anyone who follows you or reserve it just for addressing your core group of fans and biggest supporters.

If you can engineer ways to mobilize your audience en-mass, they will feel empowered and part of something bigger than themselves.

When Redditors rallied together to pump GameStop stock, it gained the attention of the world. It also demonstrated the enormous power of community, when that community channeled its focus on one core objective.

I’ve used this concept in smaller ways to mobilize my own community. For months, I created a series on my Instagram called ‘Make Them Smile Monday’. The idea was simple - every Monday I would share one of my audience’s profiles in my Instagram stories. I asked everyone who saw it to go and leave a supportive, positive comment on that person’s most recent post.

As a result, that person often received over 100+ amazing comments from strangers. Typically they would be blown away and confused at where the sudden attention was coming from. However, eventually they’d trace it back to my Make Them Smile Monday community project. Not only would they always feel honored and grateful, but the 100+ people involved would feel incredible for making someone else’s day.

Alone, one comment may not do much, but by mobilizing a collective, each person felt part of something bigger.

Try to think of creative ways that you can mobilize your core audience members to create a positive outcome.

Giving up your platform for some of your community is a powerful move. UK fitness wear brand Gymshark are pros at doing this.

In 2021 they had the opportunity to populate a Times Square billboard. They chose to give up this coveted real estate to one of their own community.

They tweeted ‘blow this up. Whoever gets the most liked comment we’ll put on a billboard in times square’.

YouTuber and musician Corpse Husband has one of the most liked tweets with an incredible 554,000 likes. His tweet went viral, with support from his own hyper-engaged community.

Whilst Gymshark gave up the opportunity to directly promote their own product lines, they gained something much more - a ton of positive, free PR (they trended #2 on Twitter and got 1 billion impressions), and a public demonstration of how much their community means to them.

Chief Brand Officer Noel Mack told me ‘No way we’d have achieved that by sticking our own logo up on the billboard ‘the old fashioned way’. Perhaps 100,000 people would have seen it in NYC, versus it becoming an internet moment’.

Gymshark continues to involve their community in their regular content. The majority of their content features athletes from within their community. By celebrating their own community members, their platforms feel collaborative and inclusive.

One of the most effective ways to empower your community is to let them help shape your brand.

When we launched my company Design Cuts, we established a group of core early fans we called the ‘Design Cuts Ambassadors’. Not only did we share behind-the-scenes content with this group as we built the company, but we directly involved them in key decisions. We asked for their feedback on new website features, product lines, and content. By actively involving them, they felt more connected to our brand than ever - as they were helping to shape it!
‍

You can do this in several ways:

Live-streaming with your audience is a super effective way to build community. Typically during a livestream or event, your audience will interact with one another much more so than a static comment section on social media.

UK rapper Stefflon Don used social media to host a live talent show with her community. She would invite community members up, and give them 30 seconds to perform for her. Other community members watching would leave comments and emojis, voting whether they liked the performer or not. This content engaged incredibly well, largely because it was community-driven.

Some other ways to leverage livestreams with your community are:

We typically feel a deeper sense of community when connecting with other humans, rather than brands. As content creators, we should be intentional about sharing our humanity with our audience.

When launching my company, I noticed that our competitors were largely faceless and impersonal. It was difficult to emotionally connect with them, as they felt like just another e-commerce website. When we launched our company, we intentionally put our personalities at the forefront. We regularly shared videos of what we were building. We shared behind-the-scenes content and silly blooper videos. We even put illustrations featuring our founders on our invoice templates. The personalities of our founding team were woven into as many brand touch points as possible.

The result? Our early community and customers felt like they were supporting people, not just another faceless organization.

Many of the connections needed to promote a strong early community came easily, due to people’s familiarity with us. Humans connect with humans.

When we buy into a vision, we naturally feel a sense of belonging with others who share that vision.

When Earthing Ed shares videos supporting his vision of a vegan future, he is building a community of like-minded individuals that believe in that same cause. Individually, people have a belief. Collectively, they have a shared mission.

Ask yourself - how can you be the person in your space to speak out around your chosen mission, so that others might rally around and join you?

Missions don’t need to be connected to ethical issues. At The Futur, their public mission is to teach 1 billion people to make a living doing what they love. As community members sign up to join them in this mission, they receive a unique identifying number - one of the 1 billion.

You can also enjoy Tom’s free 175 page Community Building Book, featuring 30 real-world examples of highly successful online communities. Learn the actual strategies deployed by billion-dollar brands like Gymshark, as well as savvy solo creatives and entrepreneurs. The Community Manual breaks down everything you need to launch your own online community. You'll learn how to choose the right community platform, acquire members, nurture relationships, and much more. 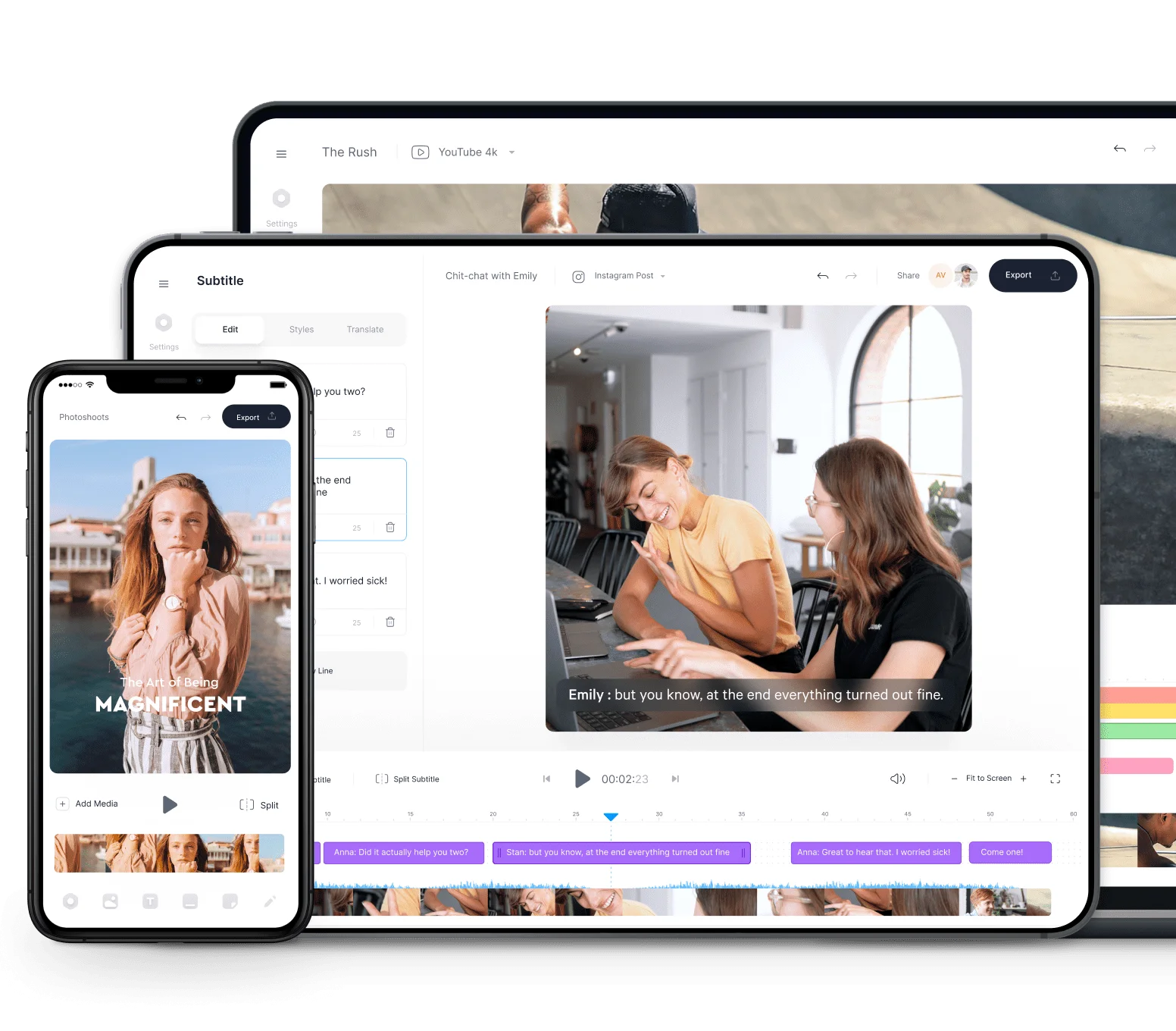 What is online community building?

Online communities are a space where your audience can connect, interact and create value for one another. Even when the founder is not present or creating content, the community can exist and continue to thrive.

How to build an online community?

Why is community building important?

Community allows your audience members to feel part of something bigger than themselves. Your audience members feel connected with one another. They buy into your vision on a deeper, emotional level. They vocally support and champion your projects and products. They defend you from haters and trolls. 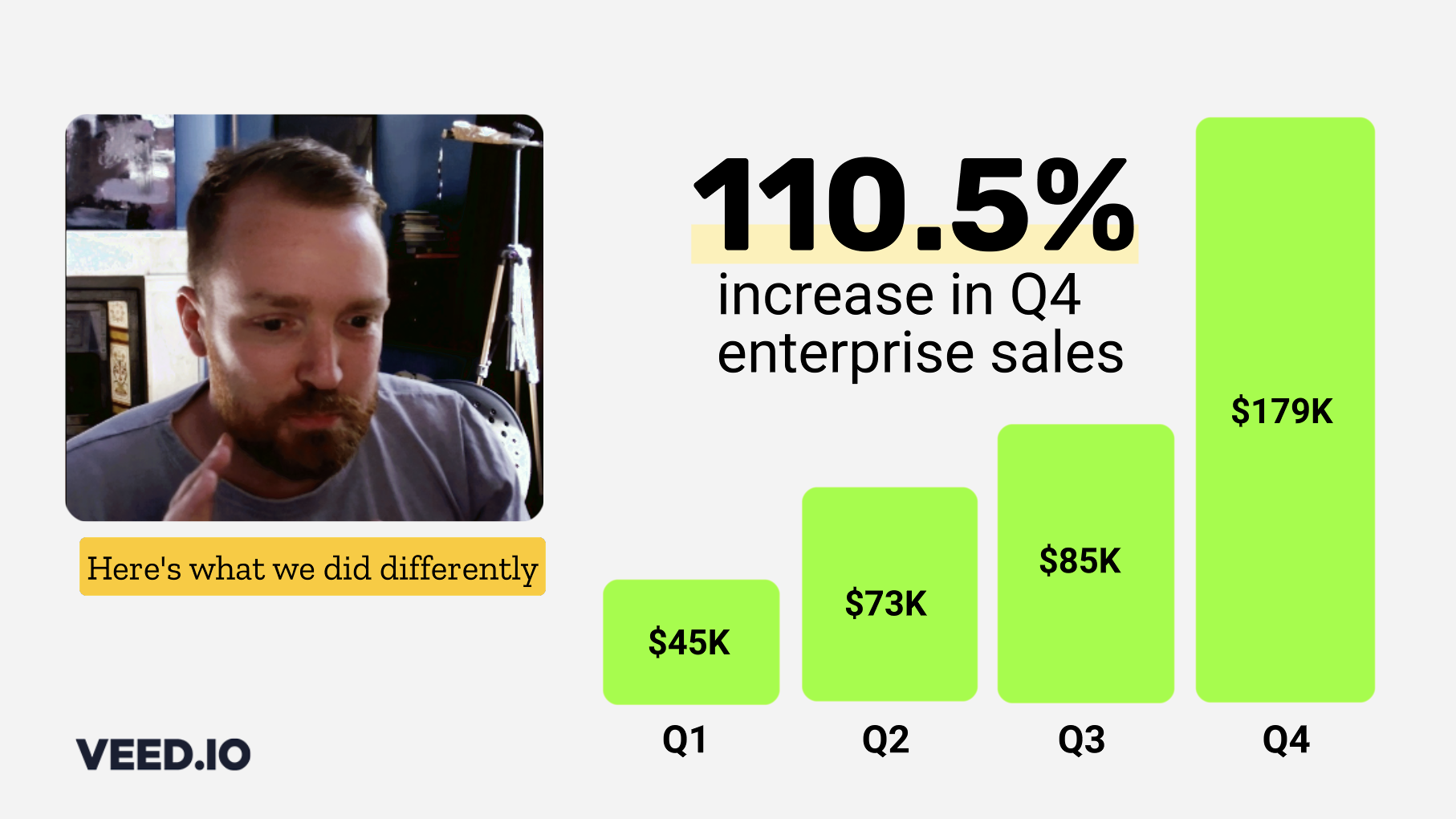 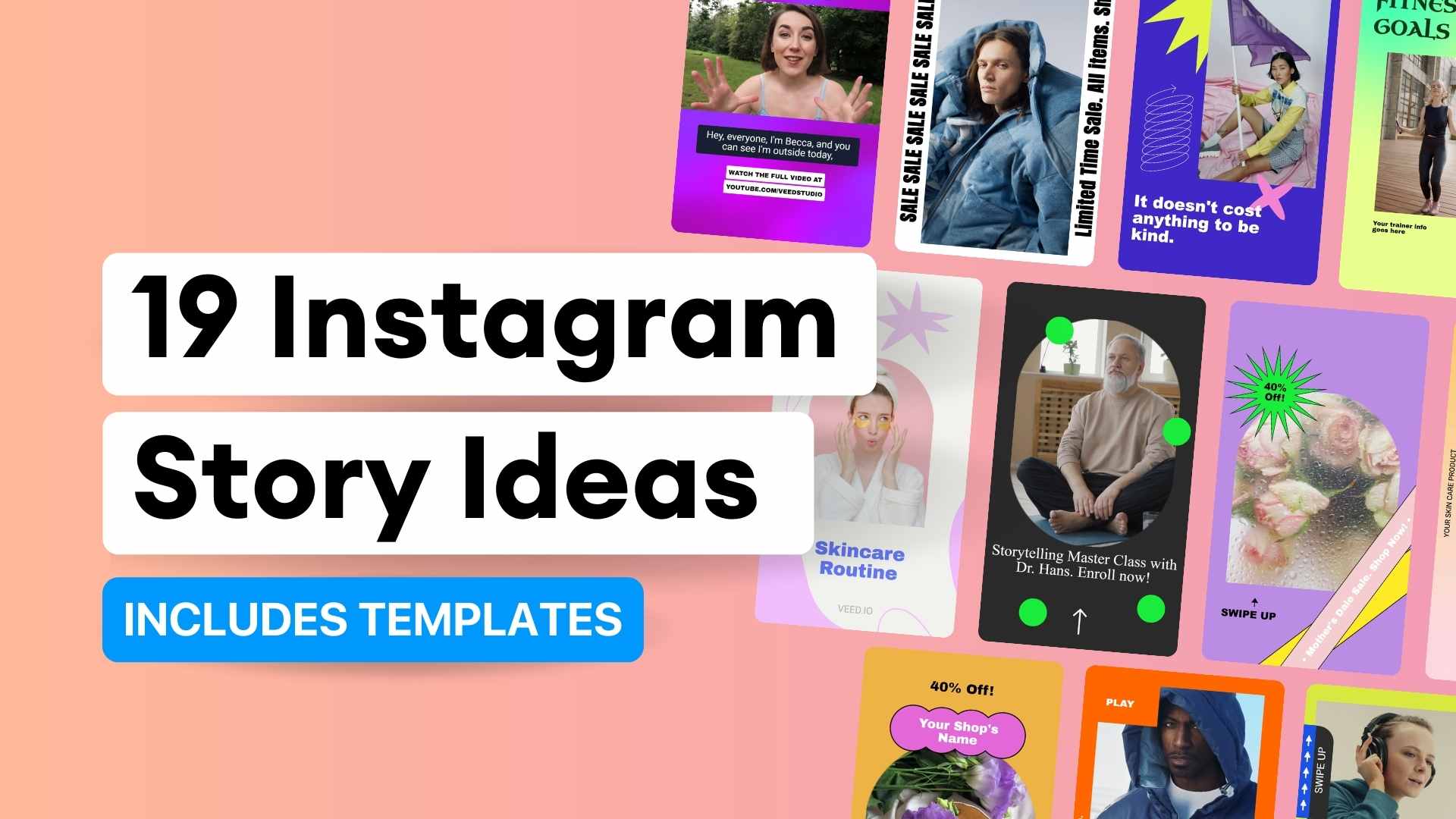 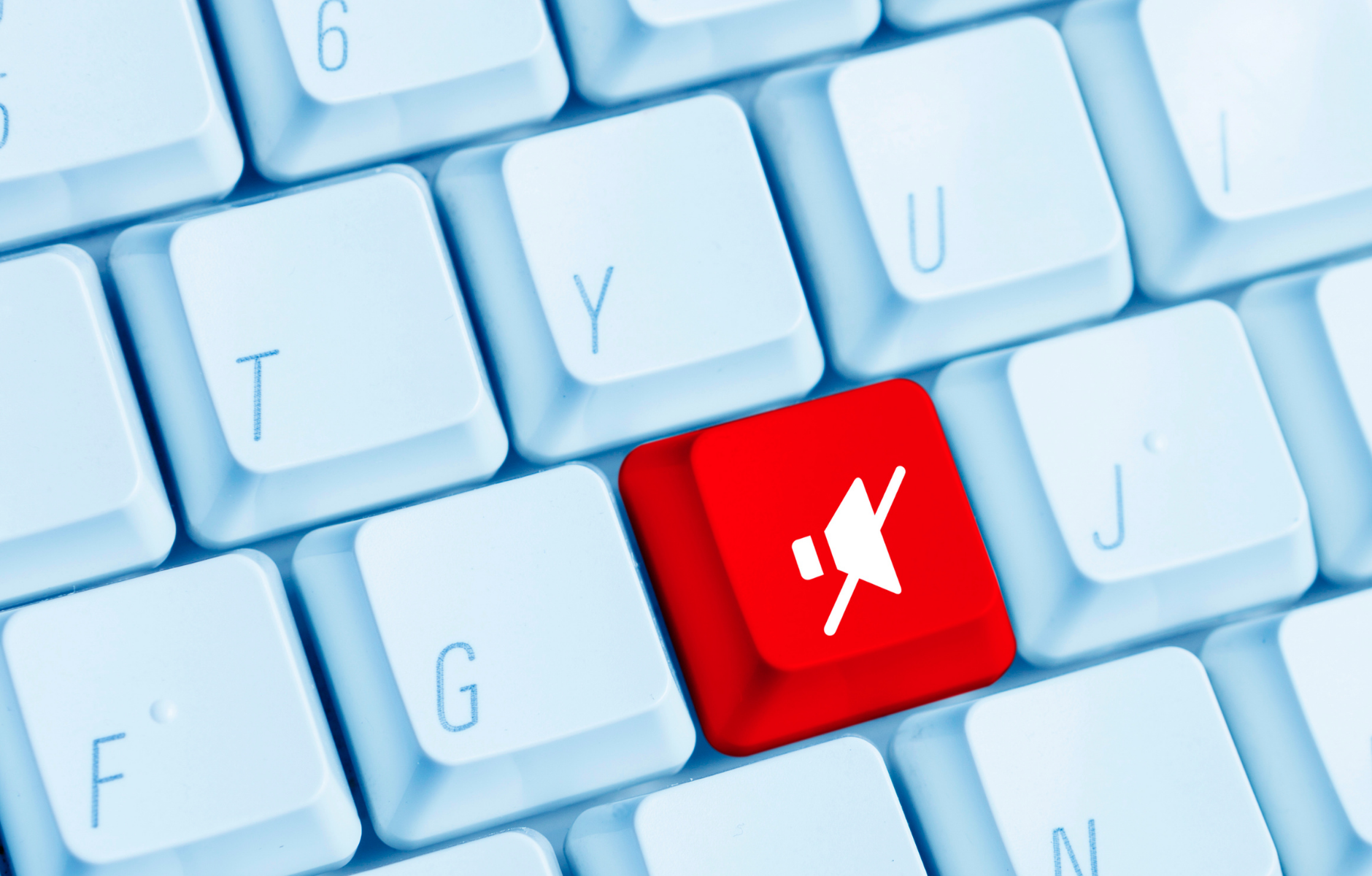 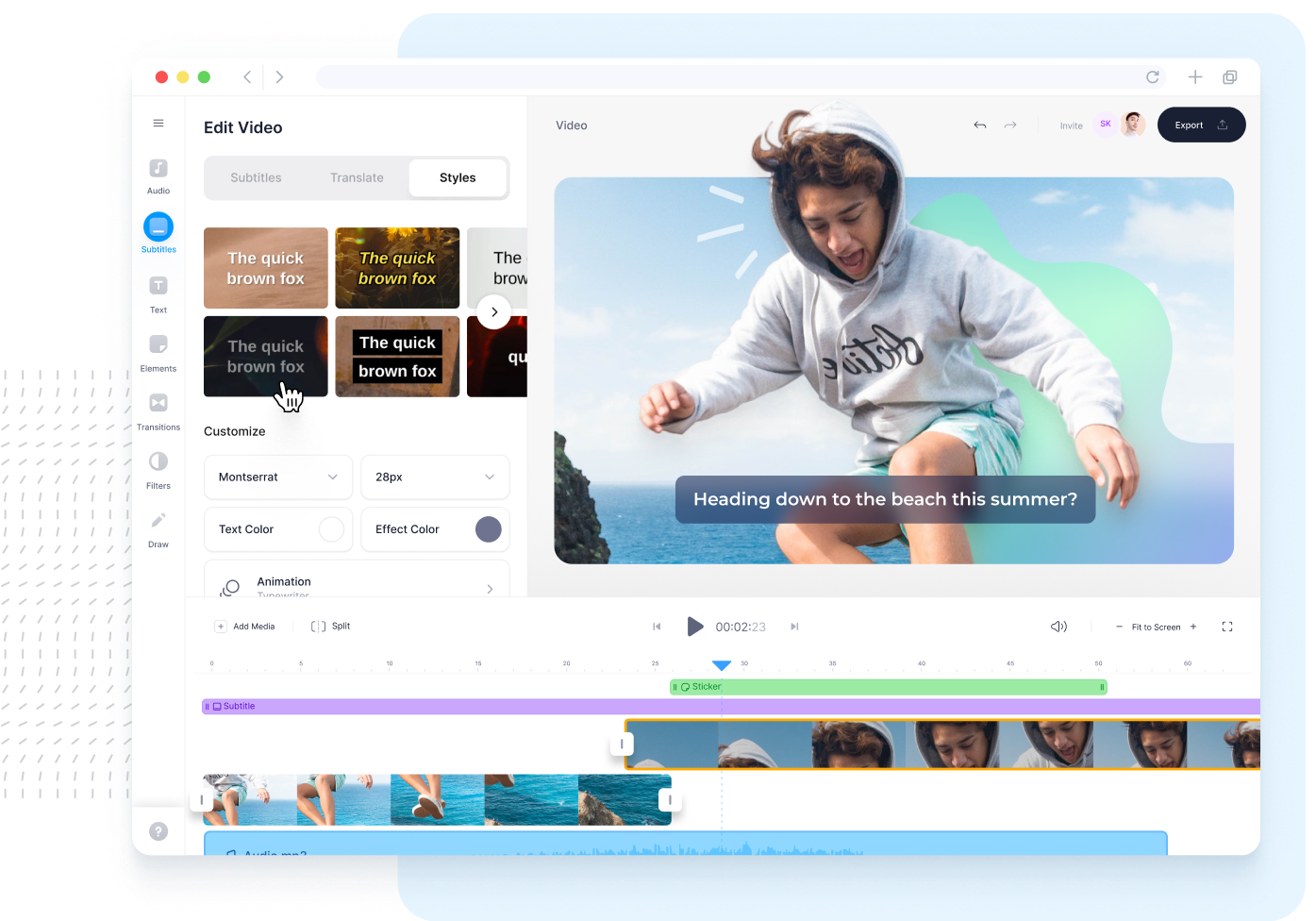