We got rejected from YC S19! Bummer, right?

Our product VEED - an online video editor had been doing really well recently. Over the space of a year, we had a 60% MoM Growth Rate, 35K MAU and a great team!

In March, we submitted our application, and kinda forgot about it.

Two months later we got an email saying that a partner would like to speak to us. And a few days later we were having a chat with Michael Seibel (CEO of Ycombinator). The call went well, Michael seemed to like what we're doing, as he himself had a long history working with video startups: Justin TV, which later became Twitch (sold to Amazon) as well as Socialcam (sold to Autodesk).

A few days after the initial call we got the email from YC inviting us to Silicon Valley to meet the partners for the final stage of the YC interviews. As you can imagine, for two young founders who just quit the jobs, we were ecstatic!

We booked our flights, and a few weeks later we landed in SF airport and got an UBER to our overpriced Airbnb in mountain view. We spent one day prepping for our interview and before we knew it, the interview day had arrived.

The interview was intense, it lasted just 10 mins and in that time you are bombarded with questions from all sides of the room.  The vulnerable parts of your startup are uncovered in the first 30 seconds and from there on they keep digging deeper.

After the interview we took a moment to reflect, we thought it went ok. By no means did we think it was a home run, but we thought we were in with a chance. Then we took the mandatory photo with the YC sign and left.

We had planned to spend another day in Mountain view near the YC office but could not deal with hanging around in the quiet suburban town. So we packed our bags and headed for the City.

We checked into our hostel and chilled out in our room waiting for a response. Heres the deal, If you get rejected you get an email and if you get in you receive a phone call. 6pm arrived and we were constantly refreshing our emails and checking our phones. The wait was driving us insane, so we went to the local liquor store and grabbed a few beers to ease the wait.

On our return, we got the email, as you know, we got rejected from YC

We updated our team, friends and family and then over a few bottles of wine, we hatched a master plan. Ok, that plan was pretty bad and almost illegible.

The next morning we hatched a better plan. From the rejection email, we thought that the only negative point letting us down was the fact that we had no MRR. Therefore, we thought that if we can get first paying users and MRR over the weekend and get back to YC next Monday morning, they would see that we had achieved MRR in only a few days. Additionally, we would look like a team who could move fast, listen to feedback and get stuff done. But at this point in time, it was not guaranteed that we could get MRR over just one weekend, let alone build an entire infrastructure that is necessary for it in time. This was the new plan, a sober plan.

We knew it was a long shot but it was worth a go!

To try and hustle our way back into YC we had to do the following:

And If we did all this in time, we might be in with a shot (another shot)

So at 11:00 am on Friday morning, we opened our laptops, grabbed strong coffees and started programming.

By 2:00 am Saturday morning we had payments and video watermarks integrated. We did not want to deploy on little sleep, so thought we should tidy the final bits up in the morning and deploy when on a clear head.

By 1:00 pm on Saturday having spent a few hours testing and fixing a few bugs we were, finally, ready to push our changes live. At 1 pm Saturday afternoon we deployed the app with our first paid feature.

By 1:01 pm we got out first paid users!! I ran around the room like a kid who just arrived at Disneyland. Tim was so happy he could finally go nap after programming for so long. BUT, it turns out stripe was in test mode. F******.

By 2:00 pm stripe was out of test mode and our server invalidation was taking effect. And that was it, our first paid users came officially in the bag!!!

Over the weekend, we hit our mailing list, added a banner to the top of the site. By Monday morning at 8 am we had 20 paid users (Not a bad result right?)

Then on Monday at 9 am on the DOT we emailed the YC partner who sent us the feedback and asked them to reconsider. This was the email we sent.

Regardless of what the result was going to be, we felt like we were going to leave San Francisco better off than when we arrived. We had positive feedback from YC, we now had paying users and we were moving fast and feeling even more driven.

In hindsight, maybe we were too early for YC and their decision was just. We believe that YC are looking for companies that are ready to accelerate and we were just not ready. It is also good to remember that the goal of a startup is not to get into YC. The goal of a startup is to build something amazing. After this, we headed to a local bar, had a few beers and reminisced about what a crazy week it had been.

If you liked this post and want to find out more about us check out our about page and join our mailing list at the bottom of the page. And if you have not already, check out our online video editor VEED and our popular auto subtitle tool.

Two weeks post YC interview things are still going well, We have accepted over £550 in payments and have over £250 in MRR. Our plan now is to continue to build a great product and grow our audience. See you in the next batch YC!

Today I woke up at 6am, eager to find out if we were invited to interview for the next batch (YC W20). This time, unfortunately we did not even make it to the interview process. Obviously, this feels like a blow as just 4 months ago we have been to interviews and took their feedback onboard. We are now at $5,000 in monthly recurring revenue and are projected to hit $100,000 annual recurring revenue by the end of the year (we did this in just 4 months, bootstrapped and revenue growing 40% MoM).

From our experience, it is clear that revenue and growth are not leading indicators for a successful application. You know what, I don't know what is and I don't think YC know exactly either. It important to remember YC business model that is stated on their home page.

The idea here is that out of that large number of startups, they just need 1 to be the next Airbnb or Dropbox. So even though we have a great growing company, it is possible YC does not think we will be a billion dollar company.

I am super proud of the company we have built so far and cant express how much admiration I have for our small team. I am excited for what the future has in store for us and believe that we are building something really special. I sincerely wish everyone the best of luck with their interviews. Go kick some ass!

12 Months ago we had no revenue, were rejected from YC and had 3 months runway in the bank.

I am SO excited for what's next and am so fortunate to be working with such an amazing team. Also huge thank you to all our amazing users, advisors, friends and colleges how have helped us reach this!

Get the latest posts delivered right to your inbox 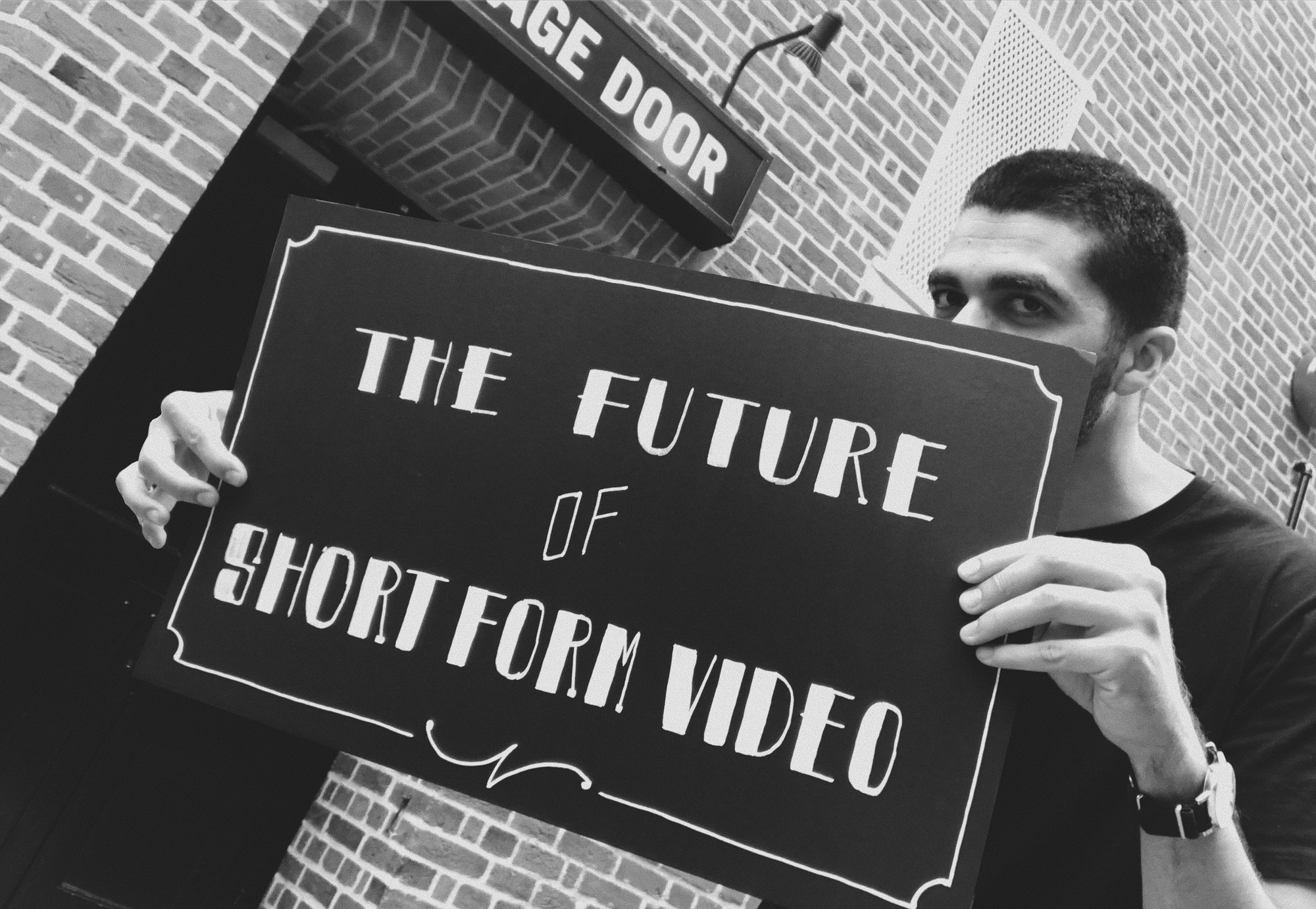 Recently I have been toying with this idea that the future of short-form video might be silent. The seed of this idea started when I read this fact on wordstream "85% of Facebook videos are watched without sound" 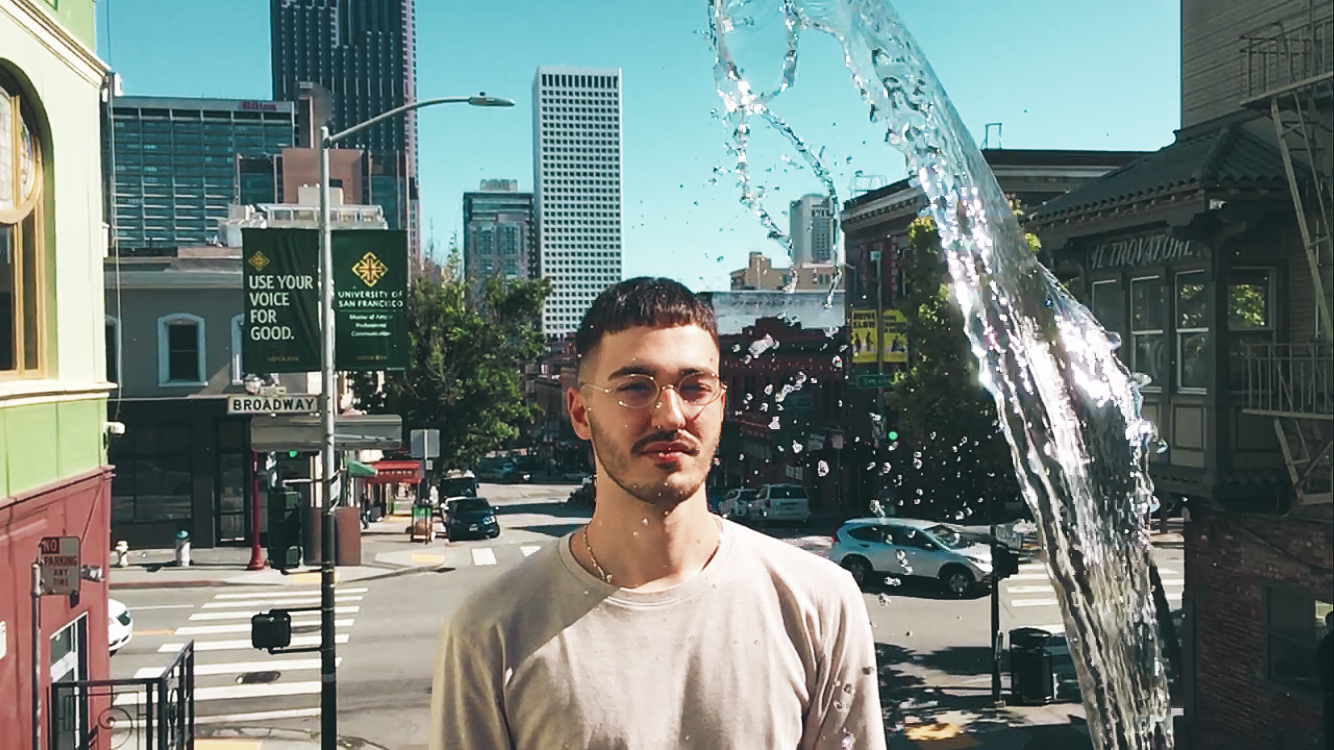 Watermarks suck! Just as much as pouring water over myself just to get a good pic for you guys in this blog...

Stay up to date! Get all the latest & greatest posts delivered straight to your inbox