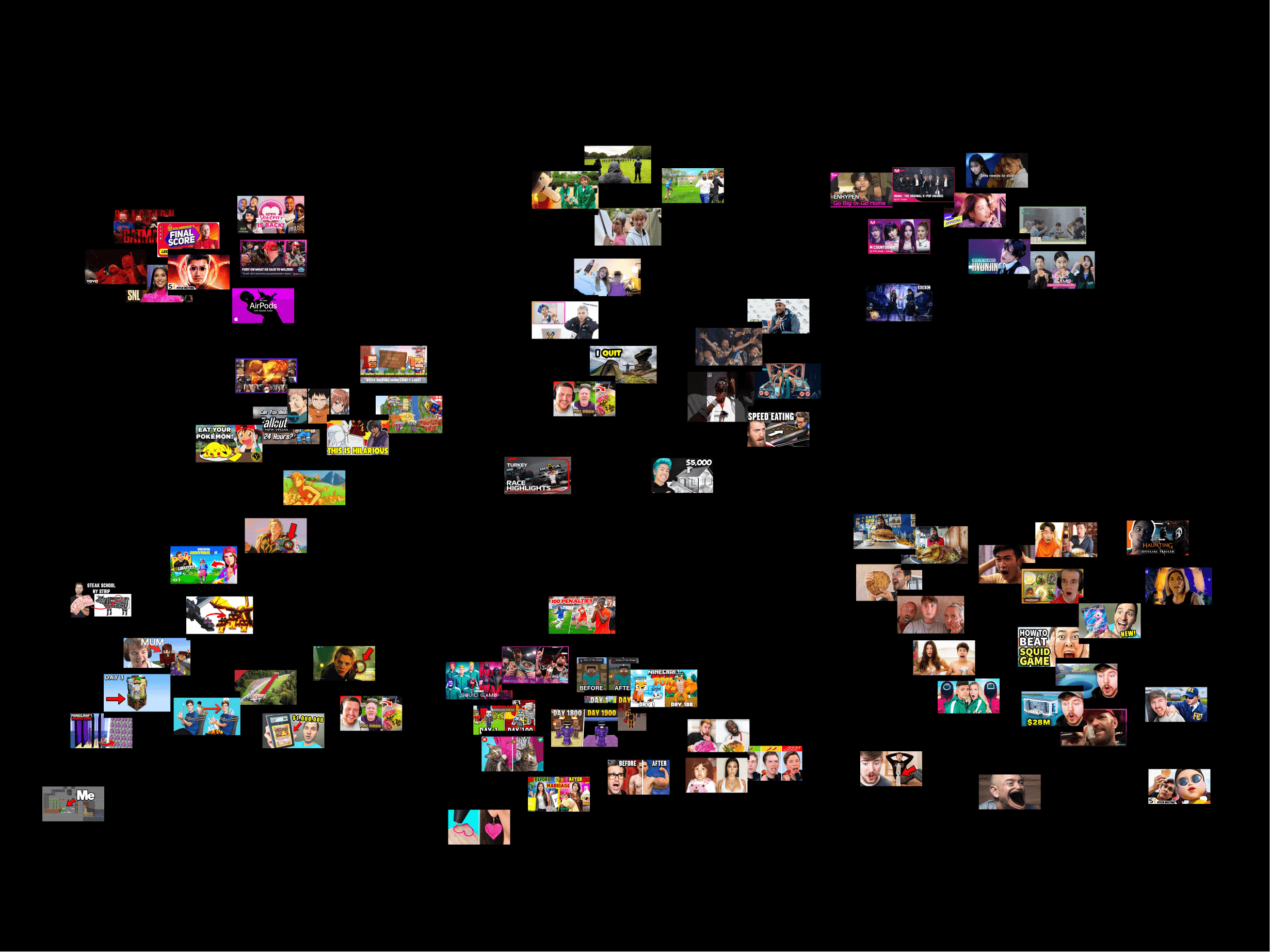 More than 500 hours of video are being uploaded to YouTube every minute. To stand out among this increasingly saturated space, it’s vital for content creators to make an intriguing thumbnail that lures potential audiences to click as quickly as possible — otherwise, they would click the other video thumbnail that looks more appealing.


Thumbnails play a massively important role when it comes to deciding whether a video becomes successful or not. To understand what visual components make thumbnails become "click-worthy", we collected more than 600 youtube videos that appeared on the trending section on Youtube during October 2021.

We then selected the 100 videos that appeared more than two times on the trending section and analysed the data using a t-SNE dimensionality reduction technique, which places the images of similar content near each other. Below are the clusters we’ve found so far 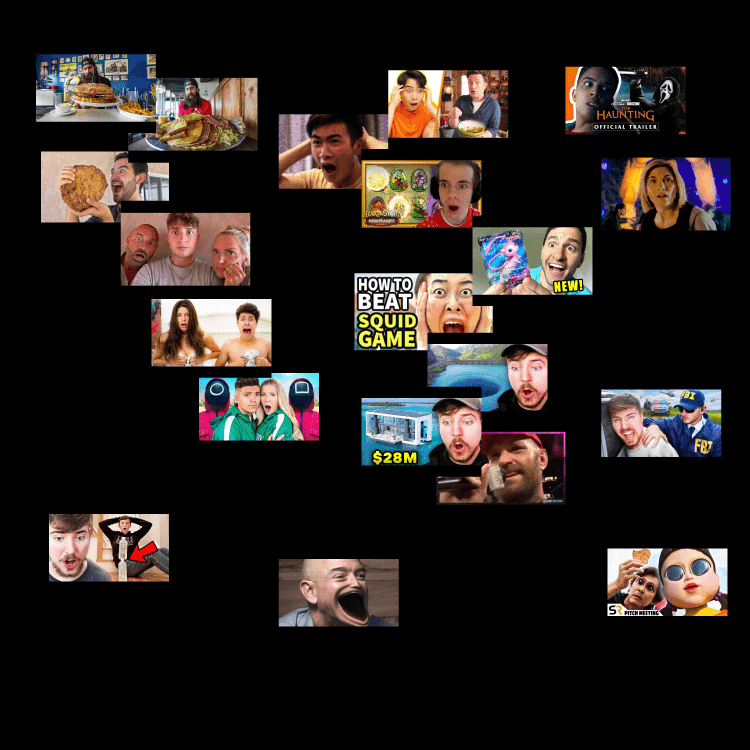 Faces are a really strong visual cue. We as humans can't seem to escape our primal instinct to show interest in facial expressions that convey extreme emotions.  During this study, we found a cluster of people with faces with an exaggerated expression of being disgusted, or furious at a video's given subject. These kinds of facial expression came to be known as the Youtube Face and is one of the most common visual components in a trending video. 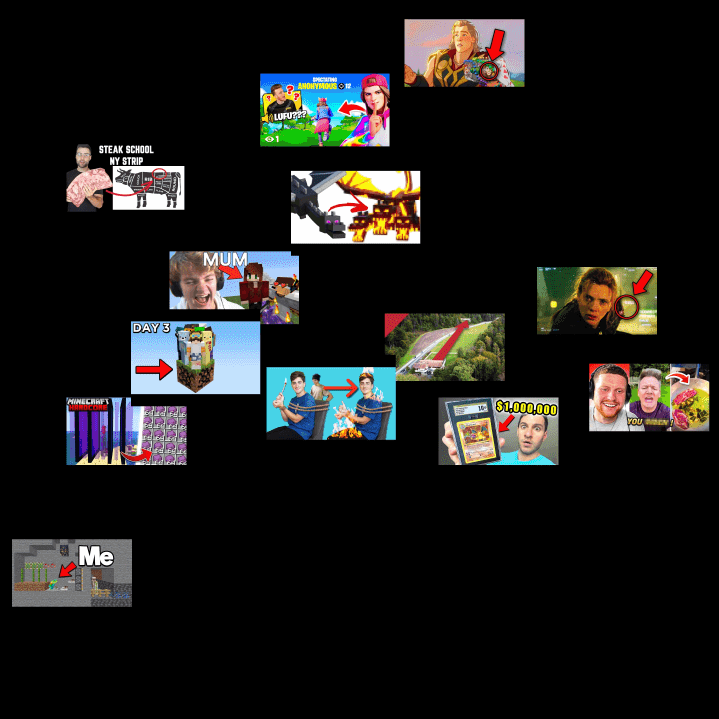 Another popular pattern that came up frequently was the usage of red fat arrows. They are seen in almost any genre of videos and are often used as a way to put an emphasis on a certain thing in a thumbnail. It’s interesting how all these different videos share the similar aesthetics of the arrow. 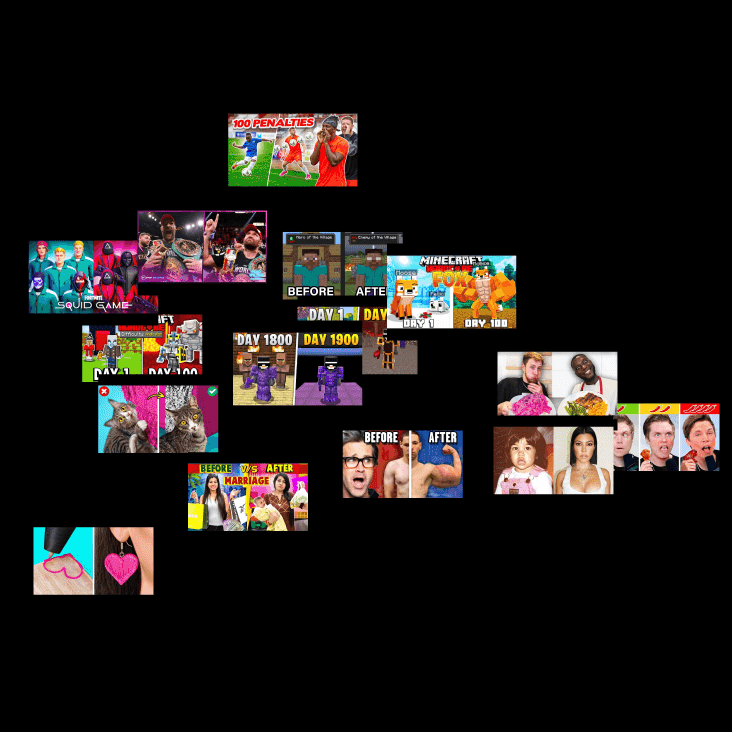 Alongside the arrow, we also found a cluster of thumbnails that crops the image in the middle to place the side by side comparison of the before and after changes that occurs in the video. This type of thumbnails make the audiences curious as to what happened during the video, thus leading to more clicks.