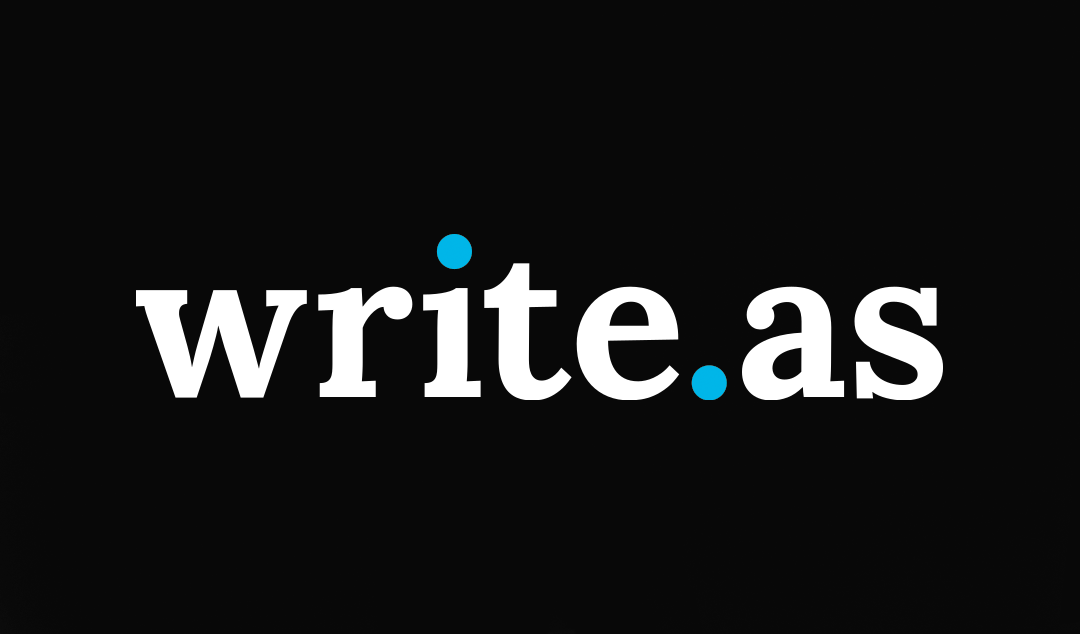 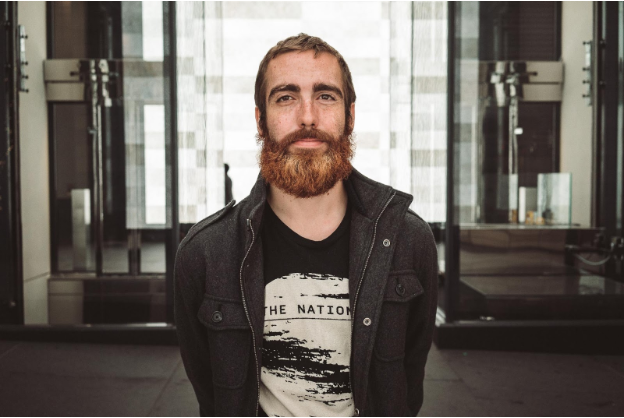 I’m Matt Baer, founder of Write.as. I'm a self-taught developer, making websites and writing code since I was 9 years old. As I grew up, I worked as a full-stack web and mobile developer, but my interests lie in backend, UX, and product development. Outside of coding, I care about how much time we waste wrestling with bad software, and building systems that don’t compromise everyone’s personal privacy.

I also write a bit, so 3 years ago when I wasn't comfortable sharing my writing online, I decided to build a place where I finally felt I could — and called it Write.as. At first, it was a great way to publish posts anonymously, which made it easy to express yourself and start writing immediately. Today, it’s a minimalist blogging platform that’s both incredibly simple on the surface and very powerful behind the scenes.

It took a week to get the prototype running — Write.as started as a telnet application for publishing posts, with an accompanying web application for reading those posts. You’d connect to it, type something, and get a link back that you could share with anyone. 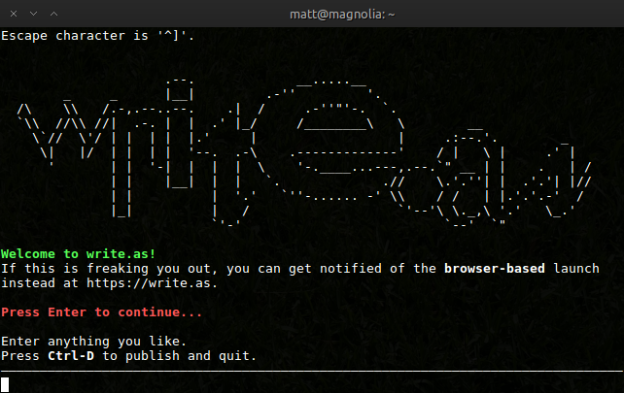 The idea was pretty much validated to begin with because it was a minor improvement on existing ideas: it combined the ease and anonymity of a pastebin service with a more modern design. Still, I posted the prototype to /r/linux on Reddit and got interesting feedback there. So, I threw together an Android app the following week, with a landing page, and submitted the site to BetaList. After that, I continually got feedback from users as I launched new apps, and that kept me going in the right direction. 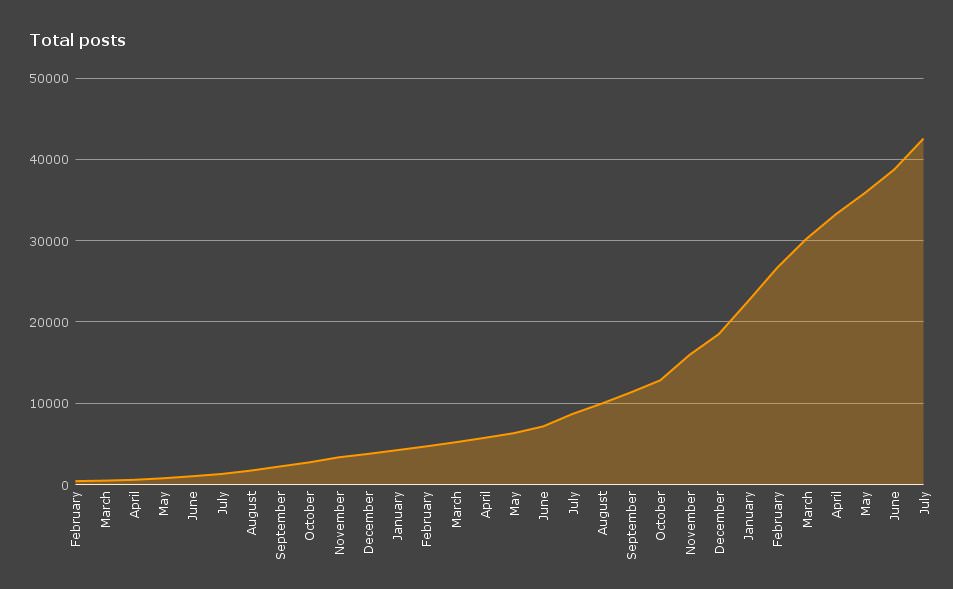 "The number of active posts on Write.as has grown by more than 15%, month over month, since we launched in February 2015."

I spent about 10 months working on accounts, blogs, and paid subscriptions — people had asked for accounts, and I knew the product had to make money. So in June 2016, a year and a half after first starting, I released this big update.

Since I'd built up a decent base of users across our web, mobile, and desktop apps, people had already been watching for updates — they signed up for accounts immediately after they launched. But, my first paid customer didn't come for another month and a half. After, I realized the initial paid plan didn't add enough value to the free product. So, I launched a cheaper plan and got that first customer shortly after.

Regularly pushing out new apps and features worked best. When I'd finish an app for a new platform, I'd tell the relevant community about it — including the backstory and what kinds of problems it solved — and then ask for feedback so I could refine my pitch in the future. I also made sure people knew Write.as was a good alternative for other writing/blogging software. And then some was just luck, like launching on Chrome OS when there were very few apps available on the store.

Ads on social media didn't work for me, though, admittedly I probably needed to put more money and effort into it to see any results.

First, make sure your product is easy to start using right away when someone finds it. The real tough part is hooking people once they've arrived — not just getting them there in the first place. Second, show an audience that will appreciate it most. For me, it was developers and casual writers. Finally, give anyone who tries your product a way to directly talk to you about it. Besides helping you build the right product, people will always want to talk to the inventor and appreciate the human touch. I’ve used email, Twitter, and Slack to do this.

Start with these steps and you’ll have a good foundation for what comes next. 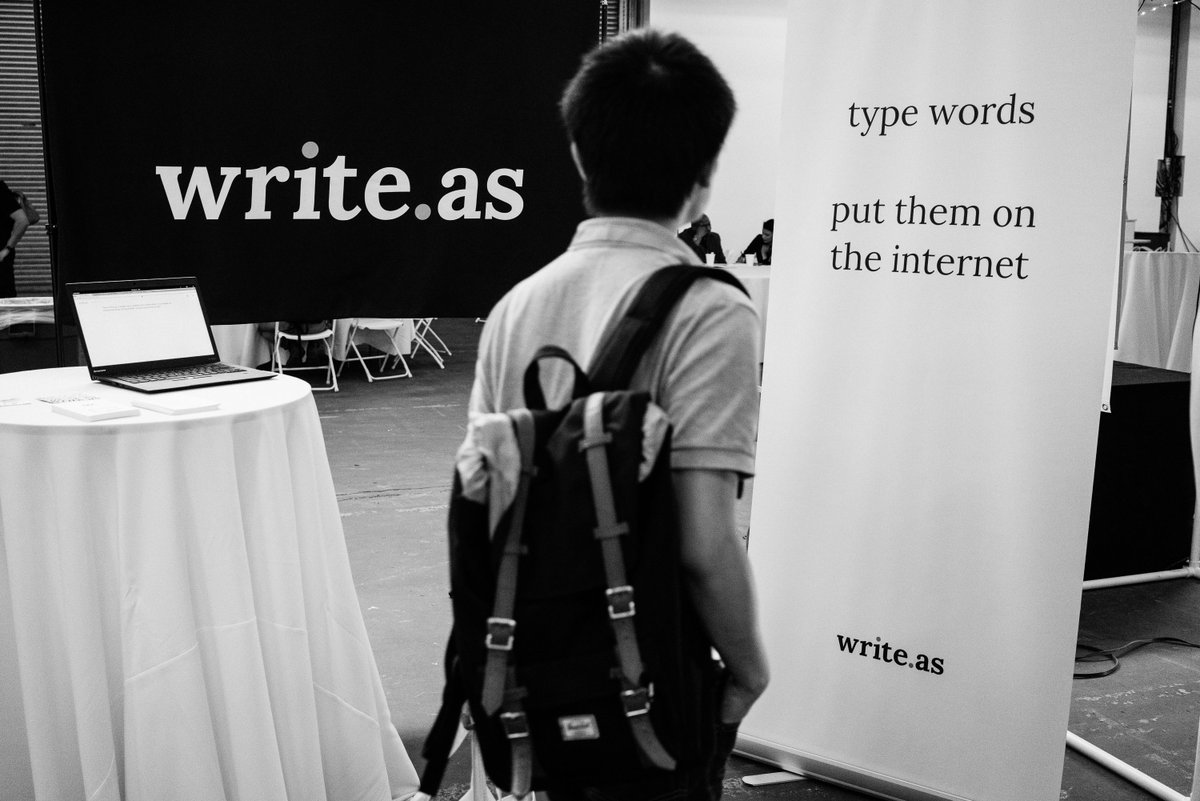 Besides working for an established software company to see what does and doesn't work for them, conversations on Reddit and Hacker News gave me a lot of raw insight into what people want in various products. Otherwise, I wasted a good amount of time on articles and books. Past a certain point, it’s always better to just start building.

I always love talking about this stuff, and am happy to help in any way I can! Please feel free to reach out.